The knowledge of the liquid-liquid equilibrium data (LLE) of a system is the basis for all extractive separation methods and liquid separation processes of liquid mixtures. Based on the equilibrium data, in combination with the mass balance of the system during extraction, it is possible to determine the concentration curve as a function of the required separation apparatuses or stages as well as the dimensions. The determination of the separation time and the concentrations in the liquid phases on the experimental route can be determined with the following equilibrium apparatus. 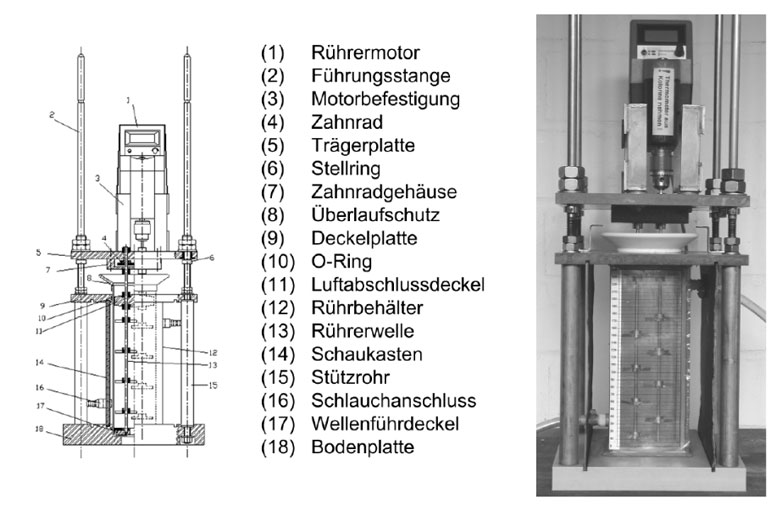 In order to be able to evaluate the phase separation quantitatively, the dispersion is not generated by manual shaking but in a standardized experimental apparatus. For the experiments a discontinuous settling cell was used, as shown in the figure above. A stirred vessel (12) with a defined h/d ratio, temperature control and rectangular design to reduce optical distortion was designed to determine the deposition behavior and phase composition. The tempering medium is introduced into the cooling housing via the hosepipe connection (16). Sealing of the cooling housing is achieved by O-rings (10). The stirring tank is fixed by a base plate (18) and a cover plate (9). The two plates are braced by the guide rods (2) and the support tubes (15).

The stirrer shafts (13) forming the dispersion are mounted using the shaft guide cover (17), the air sealing cover (11) and the carrier plate (5). The stirrer motor (1) is attached to the carrier plate by the motor mounting (3). The motor drives one of the two stirrer shafts. The second shaft is driven in the opposite direction via gear wheels (4) in the gear wheel housing (7). The cell is illuminated from behind with a spotlight through a diffuser. A video camera is positioned at a distance of 1.5 m in front of the system and the temporal settling profile of the liquid-liquid system can be determined in the following example and used as a basis for the later dimensioning of the apparatus. 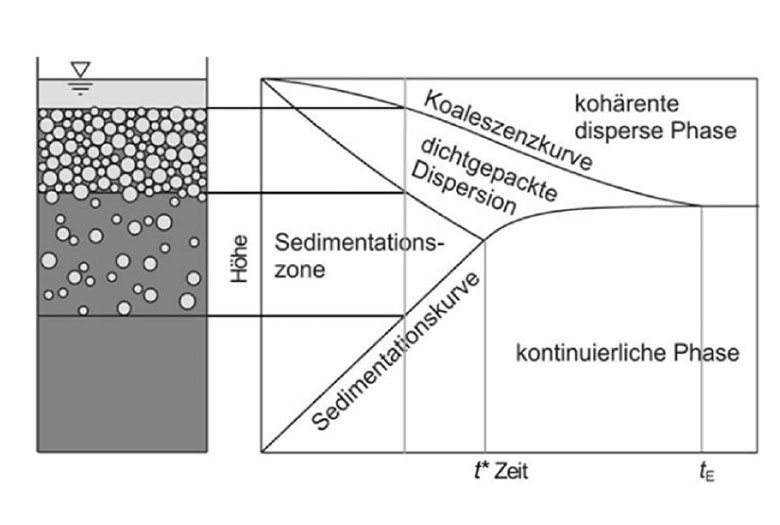 The compositions of the completely settled liquid phases are then determined with density or density sound measurements, which successively lead to the determination of the conodes and biondal curve.

For the task of emptying and filling, the stirring tank (12) is removed from the system.

This includes the discontinuous open distillation carried out in this experiment as the oldest distillation method, which is still used in numerous production processes. Rectification, i.e. distillation with reflux, has the greatest industrial significance among the distillative separation processes.

The computer programs commonly used today obviously require one of the above-mentioned equation systems to describe the equilibrium mathematically. These equation systems can also be applied to multi-substance mixtures, whose separation can then be calculated. For a quick overview for estimating the possibilities of distillative separation processes – e.g. in the context of process development – methods with nomograms are still useful today. These are mostly based on relative volatility, also called separation factor, the determination of which is an essential goal of this practical experiment. 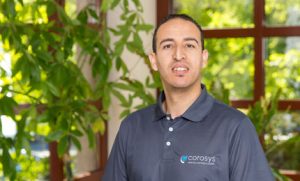 Did you know that our 1000th serial number was a high vacuum degassing plant? This was successfully commissioned in the Wittmann brewery.